Engaging in what he describes as ‘cultural archaeology,’ Philadelphia-based artist and designer Nick Missel captures echoes of our physical world, reviving discarded and overlooked materials as one-of-a-kind, functional sculptures. His particular blend of unrestrained experimentation, inverted form-making, and a human centric approach manifests in a diverse, rapidly evolving body work including several new pieces on view at Exhibition Penthouse.

Before turning his attention to the design world, Missel earned his MFA in Sculpture at RISD and studied at the renowned Skohegan School where he developed his approach to form-making, using silicone reveal the physical and psychological qualities of everyday objects. Applying his process in various directions, a discarded bale of cardboard is transformed into a magical, monolithic form composed of shifting tones and textures; or a decommissioned bulldozer is silicone-cast as an apocalyptic negative of the original, both futuristic and ghostly in appearance.

At first glance, these works invite you in. Simultaneously familiar and entirely unknown, they spark curiosity, conversation, and interaction. You want to know: “What is it? How was it made? Can I sit on it?” In short, yes. But if you’re like us, you need to know more, so we invited Missel to share his story – from his start in sculpture, to the organized chaos he’s bringing to the design world next.

F CO: Your background is in sculpture. How did you arrive at design?

Missel: Honestly, I rejected design for a long time. I always thought I would be a painter or architectural photographer, and eventually turned my focus to sculpture.

While at RISD for Sculpture I created and taught a class, Living with Things, which really laid the groundwork for my move into functional sculpture and design. I used to make furniture as way to explore materials, and created the class to examine the intersection between furniture and sculpture. Without any formal design training or guidance from other designers, I was on my own path until I moved to New York and worked for designers like Fernando Mastrangelo, Misha Kahn, and Facture Studio. I became fully immersed in the design world, and liked the energy it had to offer. There was a lot of territory for open exploration. I felt I had something to offer in return.

I made my first functional sculpture for In Good Company – a silicone bench cast from a bale of discarded cardboard, an object that interested me physically and intellectually. That piece was named best in show, and started me on a new path.

F CO: There’s an element of the *unseen* that runs through your work, whether in the use of overlooked or discarded materials, or creation of object “negatives” — where does this stem from and how does it continue to inform your work in new ways?

Missel: There’s a passage in Hamlet where he asks the Queen what she sees, and she replies, “Nothing at all, yet all that is I see.” I like this portrayal of how we perceive an object or event — in this moment, Hamlet sees the ghost and his mother does not, yet his perception is not called into question. Perception is a strong undercurrent through my work. I’m interested in exploring our relationship to things, and the varying ways we interpret objects and events.

Specifically, the idea of object negatives stems from my time at Skowhegan where I was making a mold of an engine block. When I went to peel the rubber off, the mold inverted itself and it was one of those Aha moments: I saw something more exciting than what I had intended. It felt like I was processing a negative of film by pulling out the highlights or shadows from the layering of color.

F CO: Your work is unlike anything else we’ve seen. Can you tell us who or what are some of your biggest influences?

Missel: I think about the work passing through stages of compression: physically through material, culturally through symbols, virtually through a 3d modeling, or spatially through the human eye. The spectrum of information that is compressed into a single work spans the physically perceptual to the immaterial space of affect, or Duchampian Infrathin. The Infrathin is defined as undefinable but can be understood as the warmth of a seat that has just been left or the image burn on your eyelids that is slowly fading away. The Infrathin merges the physical and psychological.

Through abstraction, the work teeters on the line of the artificial and the deeply human. I am interested in the space between these two. Growing up in a transitional age where I saw the acceleration of technology and the positive and negative effects of it, I came to ask myself if the work is politically and socially motivated? I now think nothing can be made without some form of social or political negotiation embedded in it. Between beauty and repulsion, physicality and immaterial, personal and cultural, I hope to bring into this world objects that do not merely represent, but provoke our curiosity.

F CO: Tell us more about the pieces you created for COMING HOME – your process, how do you see them being lived with, interacted with?

Missel: With this show, I wanted to make my own forms compared with finding them, and explore the potential for materials or objects that interest me to take on new shape. The cubes were made using a ram mold process and discarded cardboard fitted to custom sized molds, while Atmos was created by bounding the silicone shell with rope and freezing the form with resin. With both processes, I’m able to control the size, shape, and texture, ultimately opening up an entirely new range of form and function.

I love the experience of sitting on the cubes. You sink into them slowly, and they hold the memory of you sitting when you get up — slowly reverting back to its original shape and holding the warmth from your body. For me, the silicone texture holds childhood memories of sitting in a park and pulling out blades of grass, and it makes me want to run my hands over their surface. I can’t define this interaction or connection for another. I am creating a situation for you to find your own experience, and maybe it will be like mine.

Missel: I’m currently expanding the possibilities of form making and diving deeper into making my own compressed forms. I’m also exploring options of translating the object negatives into different materials like resin or metals and want to bring in automotive finishes, chromed surfaces, and mash multiple processes together like with Atmos. In general, a little more organized chaos.

Schedule your visit at Exhibition Penthouse to view and experience Missel’s new silicone-cast cubes, and explore all available pieces in our online shop. Elena and Missel at the opening of COMING HOME at Penthouse. The form making process for Atmos: layered and sculpted found materials give the piece its otherworldly form. Missel in the studio with the finished Atmos chandelier. Missel's silicone cast cubes created using a ram mold process and allowing for uniformity in scale and variation in color. BTS: a prototype for the silicone cubes on view at Penthouse. BTS: the silicone casting process for Missel's Take Out Special. One of Missel's benches installed at our Chelsea Loft project. One of Missel's benches on display in Penthouse's 2019 inaugural show. 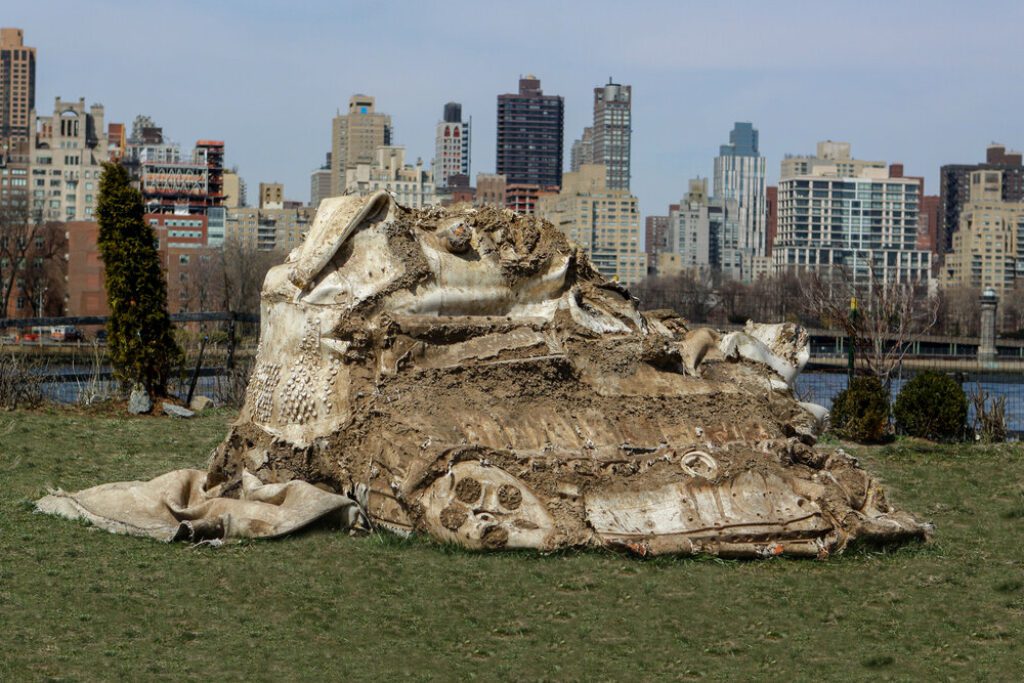 One of two life-size silicone sculptures cast from decommissioned machinery and exhibited at Socrates Sculpture Park. 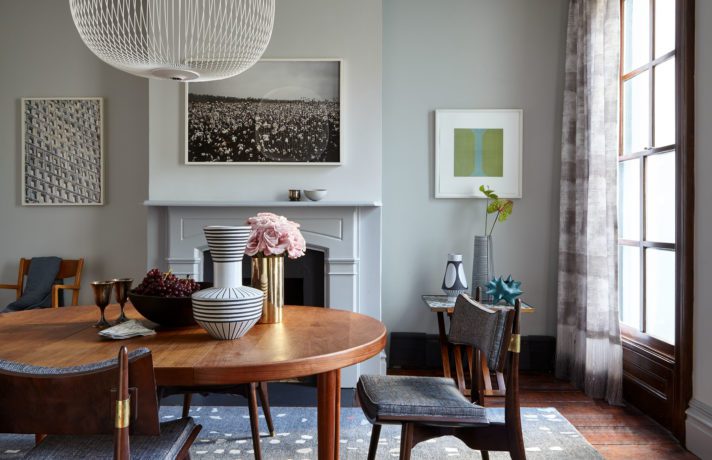 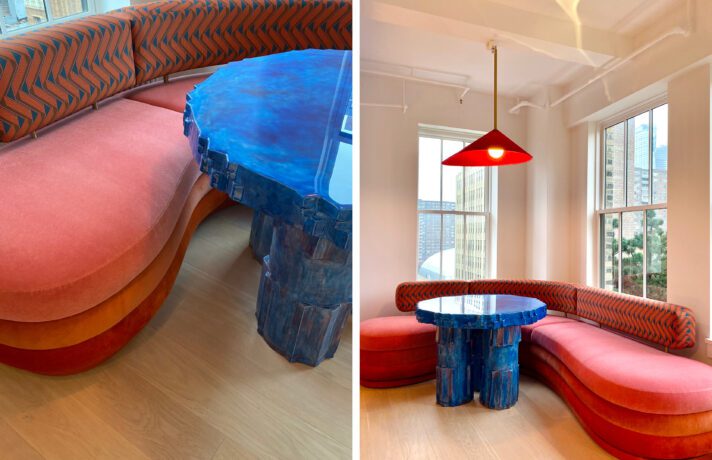